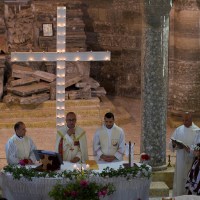 Destruction and hope, all in one place. It’s a lot to take in.

ISIS held this place, a few minutes’ drive from Mosul, for over two years. The families who lived here are Christian—their roots go back more than 1,400 years.

ISIS tried to erase Christianity from this part of Iraq, and for or a while, it looked like they had succeeded. When militants swept across the Nineveh Plains in 2014, everyone in Batnaya fled. Everyone.

Some declared that Christianity was finished in Iraq. In the eyes of many, ISIS was the fatal blow after years of persecution and conflict.

Outside the church, a chilling message: “The cross will fall.” 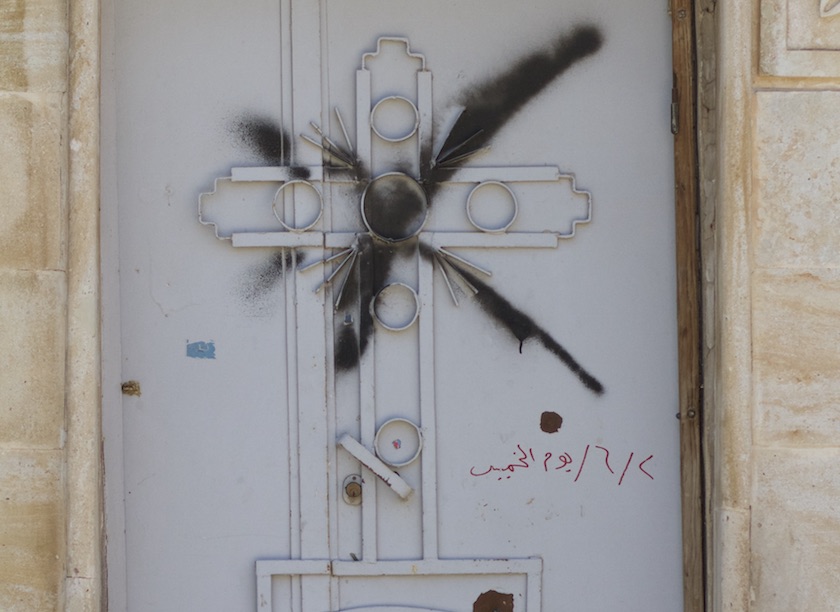 It’s been six months since Batnaya was liberated. But no one has returned. No one can return. This place is still an active militarized zone. Access to the village is choked by military checkpoints. Today the town is guarded by a garrison of heavily armed Kurdish soldiers. Most of the homes here were destroyed in the fight to repel ISIS. The destruction we saw here rivals some of the worst in all of Iraq—in places like Ramadi, Sinjar, and parts of Mosul.

But this week, on Easter Sunday, hundreds of families came back—not to live, but to pray. To weep at what was lost and to celebrate the hope of new life in the face of death. Batnaya residents celebrated Easter in their own church for the first time in three years.

The sanctuary still bears the scars of ISIS. The altar lay in ruins behind priests who led mass. Light poured in through broken windows. Bullet holes riddled the wall above the altar, defacing an image of the cross. 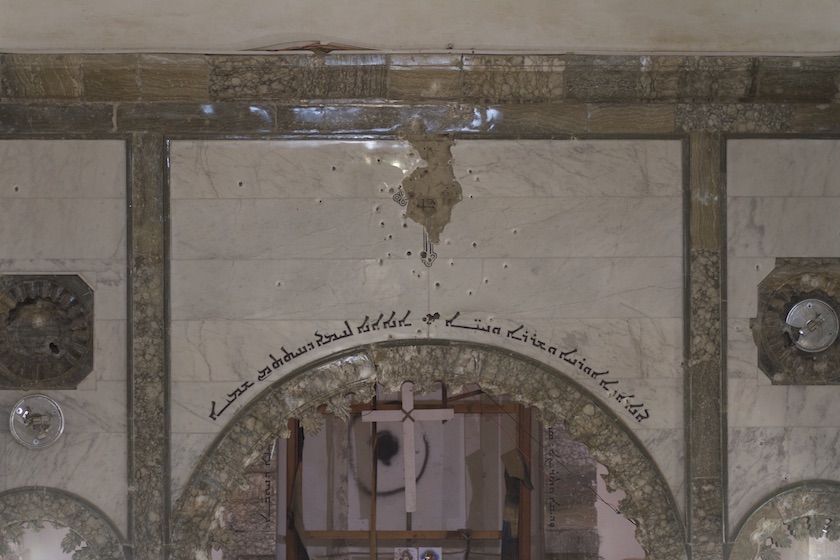 But none of this could stop women and men from singing, praying, and celebrating resurrection. It could not stop antsy, playful children from fidgeting restlessly during the two-hour mass.

Prayers and incense, bread and wine—in a place where militants once trained to kill.

It will be a long time before families return to Batnaya. But hope returned to this place on Sunday.

It’s easy to think this hope belongs to the persecuted Christians of Iraq alone—and it does belong to them. They suffered immensely at the hands of ISIS. But their hope is a gift too big and too beautiful to be contained.

When we were invited to come to Batnaya for Easter mass, we asked one of our Muslim colleagues if he’d like to come with us. He’d never been to a Christian service before, and he was curious to see what one was like.

We asked him afterward what he thought of the experience. His answer inspired us:

“To be present and see all those people celebrate… this is what Iraq is. This is what Iraq should be. If you take the Christians out—if you take others out like the Yazidis and other religions—if you remove all this diversity, it will not be Iraq anymore.”

What he saw in that church on Easter Sunday was hope for Christian and Yazidi, Sunni and Shia, Turkmen and Kurd. Without any one group, he said, Iraq is not complete.

The return of Christians to Batnaya gave us hope that new life is possible for Iraq, that it can be the beautifully diverse place it’s always been, that Iraq can be whole again.