Editor’s Note: An earlier version of this post was published in 2017. Be advised there is an image below depicting the aftermath of the 1988 chemical attack, which some readers may find disturbing.

Today marks 33 years since Saddam Hussein massacred thousands of his own people in a chemical attack on the city of Halabja.

The bombing was calculated to kill as many as possible. A first barrage shattered protective glass in windows throughout the city, making sure the gas reached its targets.

A cocktail of toxic chemicals was chosen for maximum impact. One gas had a strong, sweet aroma—not unlike apple blossoms, intended to make people inhale deeply to find out what was causing the smell. Another chemical was used as a paralyzing agent, causing people to collapse to the ground.

A third and lethal gas was used because it’s heavier than air. Anyone who fell, or crouched low for safety, or took shelter in a basement—they were dead within minutes.

Men, women, and children died indiscriminately as toxic gas seeped into their homes, through broken windows, filling the spaces where they’d taken shelter.

Up to 5,000 people perished that day. Thousands more were injured—most of them civilians. Bodies and psyches—even the soil of Halabja was permanently marred by the attack. 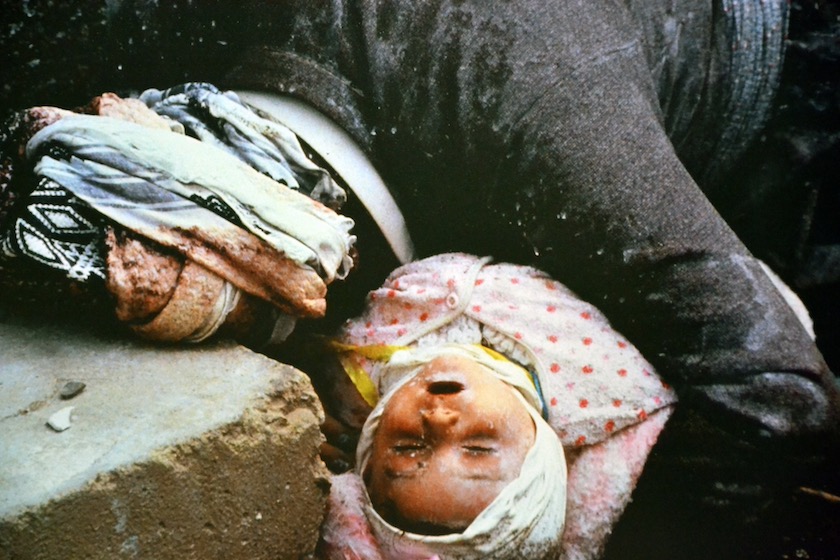 The effects were not isolated to that one horrible day in March 1988.

A team of researchers has linked chemical weapons like those used on Halabja to a 400% increase in birth defects among the children of survivors. “The effects may last generations,” they concluded.

Halabja is one of the reasons we exist. Preemptive Love began more than a decade ago by providing lifesaving heart surgeries for children in Iraq—because rate of birth defects here was staggering. The very first child whose life you saved was from Halabja.

For many of us, Halabja is a distant memory, if that. For people here in Iraq, it is anything but. For people in Syria who have experienced chemical weapon attacks in the last 10 years of civil war—the consequences are very real. The threat of chemical attacks—a threat that should be consigned to the distant past.

ISIS has targeted civilians and soldiers alike with low-grade chemical weapons. These attack are less potent than the assault Saddam assault on Halabja more than three decades ago, but deadly and still a nightmare that should have never been visited on the people of Iraq or Syria—then or now.