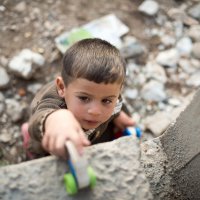 At 9:18pm local time Sunday, an earthquake rocked the mountainous border area between Iraq and Iran. The tremor registered as 7.3 according to US Geological Survey, and was perhaps the strongest recorded earthquake in Iraq’s history.

What You Need to Know

We are OK. Our people are OK. Preemptive Love Coalition staff, partners, and those we serve are physically fine, from countless phone calls made and reports received to date.

Not everyone was so fortunate. Estimates vary widely, but latest reports suggest more than 400 people were killed and nearly 6,000 injured in the quake. The tremor was felt across the whole region—from Dubai to Turkey and Israel. But the rural border area between Iraq and Iran was hit hardest. Most of those killed and injured were in Iran. Numbers may climb throughout the day as rescue crews search damaged buildings.

Jiyar Gol reporting on the #earthquake in #Iraq #IraqEarthquake pic.twitter.com/hveZCxARQQ

There are also fears because of possible damage to a dam in northeastern Iraq. Cracks were discovered running up and down the wall after the quake, and part of the dam has sunk lower.

Iraq has a long history of small earthquakes stretching back more than a thousand years, but few quakes caused significant damage. Perhaps because of that, most traditional houses are built with little regard to safety in case of earthquakes—they are built quickly and cheaply. The majority of death and injuries last night resulted from collapsed buildings.

The Impact in Our Neighborhoods

This will ring familiar to our friends in places like California, but for many who felt and heard the earthquake here, the initial effect was both frightening and solidarity-making. Many (including myself) ran from homes and gathered with neighbors in the streets until the tremors passed. The sound of rumbling was mixed with babies crying and nervous laughter.

We checked in with staff in the moments after the quake. One of our local colleagues was gathering friends who live in tall apartment buildings to come stay at her home with her family. With great love, people made sure that no one in their circle had to face this event alone.

The Impact on our Refugee Friends

Many of our refugee friends were still shaken this morning, hours after the quake. Trauma survivors experience fresh trauma in visceral ways. Tremors can feel like the impact of bombs, the earth’s rumble sounds like the neighbor’s house collapsing. Many in Iraq initially mistook the quake for a terror attack. 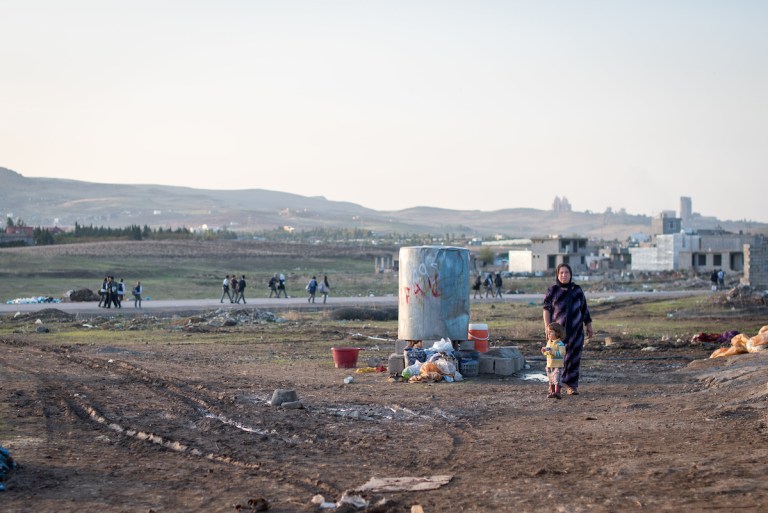 When you’ve lost almost everything you own, when you live in a home made of cinder block and mud, an earthquake like the one we experienced yesterday is a jarring reminder of your vulnerability. In traumatized bodies, the shock of an earthquake can also trigger a dramatic adrenalin rush that can send you reeling. So, our refugee friends are OK physically—no one sustained physical injuries. But emotionally, they are anything but fine.

Across Iraq and Iran, there are mixed emotions today. There is grief, of course, for all the lives lost. There are flashbacks to past trauma, a tearing open of old wounds. Generations of Iraqis and Iranians have been traumatized by war and violence—and last night was filled with triggers.

There is fear, with news of the nearby dam that was reportedly damaged. The full extent of damage from the quake is not yet known. Many electrical and cell towers in the area were knocked out, and some roads are impassable because of falling rocks.

There is also an unsettled feeling in some places. The earthquake was centered in an area that has been “safe” for the last several years—areas that missed the long reach of ISIS. It seems to some there is no safe place here.

In the face of fear and grief, we will continue to show up with love. As our colleague illustrated so perfectly last night, we continue to push our circle wider, to made sure that no one has to face traumatic events alone.