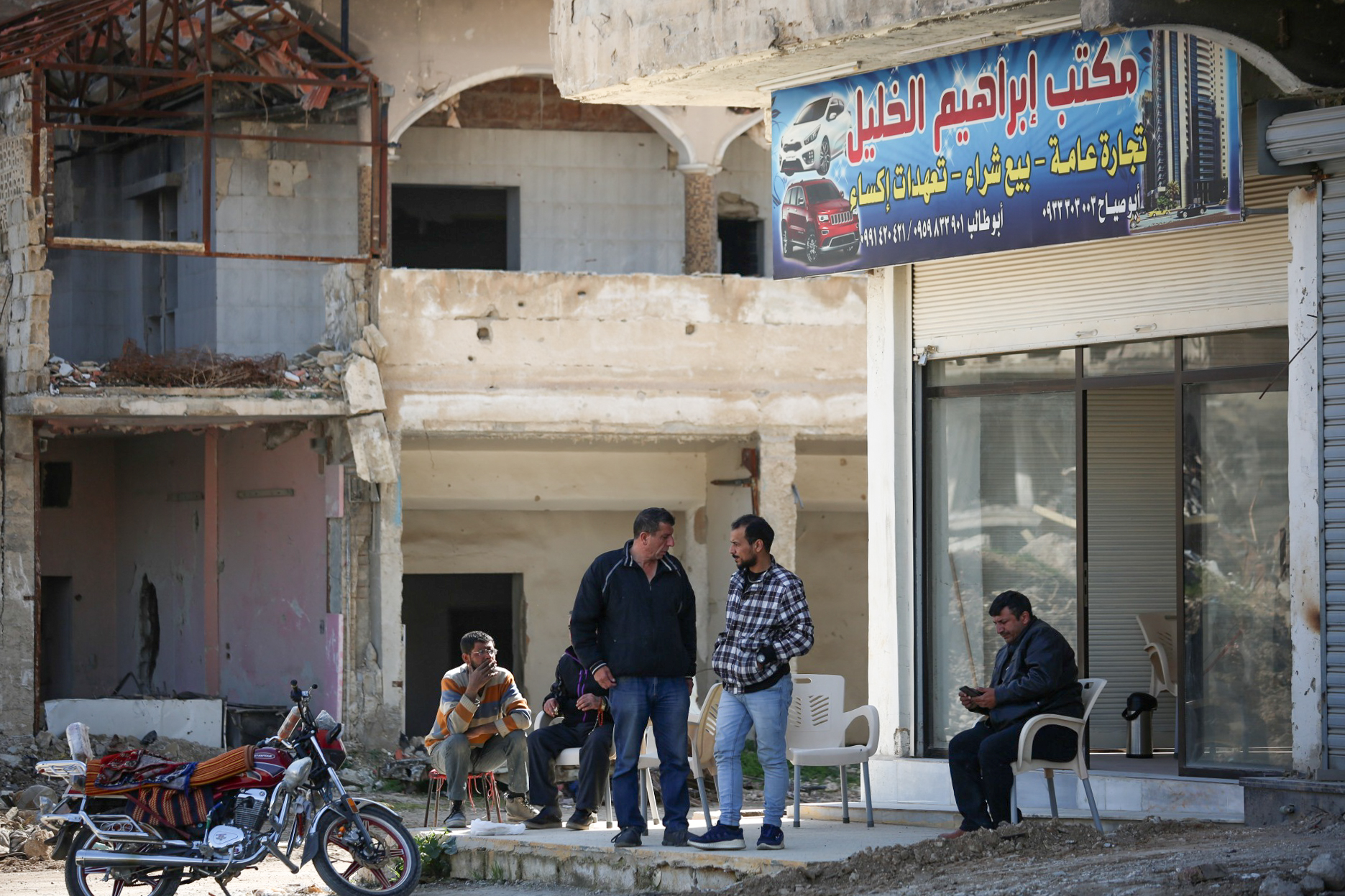 Syria: Bringing a Community Back From War

On the outskirts of Damascus, one clinic is diagnosing the needs of an entire community following a decade of war.

Your favorite coffee shop. The grocery store that carries the nice olives. The orchards you stop at every autumn with your car packed full of kids, only to somehow find more space for fruit to take home. The bakery that sells your favorite bread.

There is a lot in our daily lives that we take for granted.

It’s no different for Syian families who have now lived through 10 years of civil war. They used to think the life they knew would be around forever. In the worst-hit neighborhoods, where reconstruction is happening all too slowly, residents reminisce about life before the war. They remember their favorite spots, the places that were part of daily life before it was swept away. They remember where they worked, where they shopped, where they stopped with a friend for coffee.

This neighborhood was one where protests broke out before the war started, where young people took to the streets to express hope that the same Arab Spring popping up around the Middle East would take hold here, too.

The revolution didn’t come as they hoped—violent crackdowns and civil war came instead. For the last decade, these streets have gone from government control to opposition control and back again.

The community is paying a high price for those early protests. Roads and buildings remain in ruins. Few public services, such as government-run hospitals, have returned, despite the current relative stability. It’s tough to get enough electricity, difficult to find a job, and with the tumbling value of the Syrian currency and steep rise in inflation, increasingly impossible to put food on the table.

Those who had resources reopened their businesses as soon as they could, like this falafel vendor. Most of his neighbors are still stuck.

For Dala (pictured below), there is an extra burden to carry, on top of the usual indignities involved in trying to make it through daily life here. She longed to have children, but couldn’t carry a pregnancy full-term. Every loss, all six of them, crushed her soul. Dala couldn’t get the healthcare she needed—until she found our clinic.

The hospital that once served this community was destroyed in the war. When our clinic first opened in August 2018, it provided the only healthcare available here—and for countless residents, that’s still the case. The clinic remains an essential place to receive great medical care that is free, safe, and reliable. Residents who have come to our clinic know that infections, chronic illness, and pregnancy don’t have to lead to life-threatening situations—or heartbreak.

We gave Dala pretty standard care for a woman in her situation: supplements to help her carry the baby well, a regular schedule of visits and check-ups, and a referral to a place where she could give birth safely. After giving birth to a beautiful, healthy daughter, Dala returned to the clinic for more supplements and breastfeeding support.

The medical care Dala received was life-changing. “Finally, after a long wait, and after I lost hope with every child I lost… I became a mother,” she told us. Where Dala could only see hopelessness, she now sees life.

The small businesses that have returned to the neighborhoods make it possible for families to remain in their homes, and not have to be displaced again.

Our clinic doesn’t just take the pulse of patients, but the whole neighborhood. Clinic staff know exactly what the most pressing needs are at any one time, because of their patients. Staff see patterns emerge, because of the sheer number of people that get treated daily—they managed more than 29,000 consultations last year alone!

Food insecurity, water restrictions, and dangerous play spaces for kids all show up through their diagnoses. And these patterns help us identify the community’s greatest needs, and inform the ways we respond.

A lack of jobs is at the core of so many other issues. Chronic food insecurity, drinking water, safe housing, and play spaces, and hope—these are some of the community symptoms being diagnosed at our clinic. And they are the next ones we’re going to treat—by starting small, locally-owned businesses, right here in the neighborhoods where patients live. These businesses will provide income for families, stability for the wider community, and tangible encouragement for this corner of the world.

Parts of Syria are still at war. International sanctions are crippling the country’s economy. The value of Syria’s currency is falling at a shocking rate. These families have been left by pretty much everyone to figure things out on their own. But not by you. And not by us.

We are here to stand with them.

Join our community of peacemakers by giving monthly to provide the medicine and jobs families in Syria need to reclaim their lives from war.