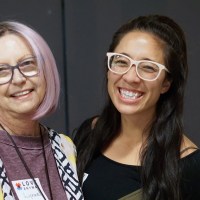 It’s relatively easy for us to experience another culture today. Film, television, and social media keep us connected at all times, giving us a glimpse into how other people around the world live. How they dress. What they eat. What holidays and traditions they celebrate.

All this connection can inspire genuine cultural appreciation. But experiencing another culture doesn’t automatically mean you understand it, or that you should start claiming elements of that culture as your own.

Cultural appreciation can easily turn into cultural appropriation. Instead of honoring another culture, appropriation demeans and dishonors. It perpetuates harmful stereotypes and deepens divides between communities.

But it can be avoided. We can honor and celebrate other cultures without inadvertently diminishing them along the way.

Cultural appreciation is when you earnestly seek to learn about or explore a different culture.

You learn. You listen. You strive to understand. You seek to honor its beliefs and traditions. Not for your own personal gain—money, fame, or the Instagram photo. But to simply honor the culture and its people.

Appreciating different cultures like this is a fantastic part of being alive today. The problem is, there’s a fine line between appreciating a culture and appropriating from it.

But what exactly is cultural appropriation? It’s something many of us are just recently coming to understand. It wasn’t until 2017 that the term was added to the Oxford English Dictionary, which defined it as:

“The unacknowledged or inappropriate adoption of the practices, customs, or aesthetics of one social or ethnic group by members of another (typically dominant) community or society.”

There are many examples of cultural appropriation, easily visible in pop culture, sports, the arts, and even the fashion industry. But it isn’t just celebrities that get stuck. All of us are susceptible to this.

For example, it’s popular to refer to your group of friends as your “tribe.”

It’s meant to express closeness between you and your friends, but it can actually be a form of appropriation, perpetuating a harmful stereotype of both African and Native American cultures—specifically, the notion that they are somehow less “civilized” than other cultures. Used this way, the term demeans these cultures rather than honoring them.

Appreciation is to learn more about a culture so you can better understand it. This quickly transforms into appropriation the moment you try to use that culture for yourself. Appreciation has you looking to others to guide the conversation. It keeps you clearly in the role of  student.

Appropriation is where you take from others and then put yourself in a position of authority.

A lot of the time, this goes unnoticed. When you use the word “tribe” to describe your friendship group, you don’t actively going out of your way to hurt Native Americans. You may not mean to cause any disrespect, yet taking from another culture for your own gain is a form of stealing, just as taking someone else’s words and using them as your own is plagiarism.

Step 1: Give More Than Just Credit

Credit alone is not enough. This is where celebrities and brands alike often go wrong—for example, when they hold a  fashion show and dedicate it to a certain culture. They do so as a form of honor and celebration, yet referencing someone else’s culture isn’t enough.

You need to go beyond giving credit to a culture and instead involve them in the conversation.

A white male in his fifties dedicating a fashion show to Indian culture can be seen as cultural appropriation, especially if most of the models are white and not from India. Having Indian models, on the other hand, and including Indian designers from the very start might go further toward fostering cultural appreciation instead of appropriation.

This works on an individual level, too. If you want to celebrate a culture that isn’t your own, don’t go it alone. Involve people in that culture, ask them questions (assuming they want to be involved), and invite them to share their stories and experiences.

Step 2: Be Conscious and Intentional

Ignorance isn’t bliss. Apologizing later won’t help. So before you do anything, think about what you’re doing and who it may impact.

Imagine you’re attending a party and want to celebrate your love of Japanese culture. Will the clothes you wear honor or hurt people? Are you playing to a certain stereotype? Do you really understand the culture you’re trying to honor, or do you just have a basic knowledge of it?

Why are you doing all this? What’s your intention? Take the time to ask yourself the hard questions.

That alone can be enough to make you step back and think. After all, cultural appropriation often comes more from ignorance than hate.

It may sound obvious, but do you actually understand the culture you’re trying to celebrate? Or do you simply have a basic knowledge of it from an article you read or a Netflix documentary you watched?

A good rule of thumb is to only honor cultures you understand in-depth, that you’ve taken serious time to study. Have you spoken to people who are a part of that culture? Can you openly discuss this culture in detail, or would you struggle to hold a conversation?

If you don’t understand a culture, you’re far more likely to fall into cultural appropriation rather than cultural appreciation. People often fall into this trap when getting a tattoo that features a symbol from someone else’s culture, for example. Again, ask yourself your intention of using that symbol. Is it for your gain or are you honoring someone else?

Do you know about the symbol in question, or does it simply look good on your arm?

Understanding a culture in-depth doesn’t make you immune to cultural appropriation, but it is essential to genuine cultural appreciation.

So many aspects of life today were stolen from other cultures.

This is especially true for white cultures, who have laid claim to so many certain foods, dances, figures of speech, and music that originated elsewhere. It’s important we educate ourselves to this fact, whatever culture we’re a part of.

What do you take for granted today that originated from a different culture?

How well do you know your own culture and its relationship to other cultures throughout history?

The reality is, most of us are largely unaware of what happened before us, even if we’ve studied history. Most of us learned about racism and slavery, but do you know the words, customs, and practices that are wrapped up in this part of the American story? Did you know, for example, that popular terms like “peanut gallery” and “uppity” have racist origins?

Once you educate yourself about your own culture and where it came from, it’s easier to practice genuine care and concern for others.

Step 5: Do It For The Right Reasons

Good intentions alone are not enough to steer clear of cultural appropriation. But they do matter.

Ignorance is not bliss. Cultural appropriation is a real issue in today’s connected world. Everyone is capable of connecting with almost everyone else. It’s easier than ever to gain a basic understanding of many cultures. Yet time is sparse, we’re more easily distracted, and we often don’t do the work to discern the good information from the truly Snopes-worthy content on the internet.

Which leads us to merely scratch the surface (at best) instead of going a mile deep. We set out with the intention of appreciating another culture but it transforms into cultural appropriation if we don’t do it the right way, for the right reasons. Get clear on what your reasons are.

In 2016, a group of Christian pastors visited a mosque for the first time.

They, like many other Americans, didn’t personally know a single person of the Muslim faith. They had never visited a mosque before and didn’t understand the culture. They also lived in a world where headlines were dominated by ISIS, Islamophobia, and toxic stereotypes.

So they committed to learning more, and, more importantly, to gain a real understanding of a new culture. They didn’t just read about it or speak to a single person. They, as a group, visited a mosque so they could experience the culture firsthand.

They asked questions. They listened. They allowed themselves to be taught.

It wasn’t a one-way street. Their Muslim counterparts listened to the pastors’ stories and values, too—their understanding of what it means to be Christian. This is an example of two cultures coming together, leaders building bridges and setting a positive example. Appreciating one another’s culture and embracing their differences.

Most important of all, it was done to learn, share peace, and to instill greater love.

If you’re ever invited to a wedding or a celebration that honors a different culture, think about how you can fit in.

Wearing a sari with a choli top for your friend’s birthday party just so you can stand out is appropriation. Whereas wearing a colorful chiffon saree to a Hindu wedding may be a sign of appreciation, because it shows deference to (and appreciation for) the host’s culture. (But make sure you ask before you make a decision.)

Remember, you’re the student. The more you can hold that posture, the more you will learn to genuinely appreciate other cultures and the people who inhabit them.

One way to appreciate others is to recognize the holidays and traditions that are important to them.

For example, honor your Muslim neighbors during Ramadan (and other holidays).

Acknowledging other cultures’ holidays isa chance for you to learn and show solidarity with your neighbors. Not by mimicking their traditions, but by looking for ways you can honor them.

Ask your Muslim neighbors what Ramadan means to them. Instead of throwing a Cinco de Mayo party, learn about Mexican culture and history, and how the holiday came to exist.

Learn about the Native American nations that once lived on your land. Educate yourself on their customs, language, and art.

Cultural appreciation and cultural appropriation often come down to one thing: intention.

Wearing henna for a summer music festival can quickly turn into cultural appropriation.

But wearing henna to your Indian friend’s wedding may be a sign of cultural appreciation and respect.

Cultural appropriation divides people and reinforces toxic stereotypes. It leads to misunderstanding and prejudice. And it sets us all up to be at odds with one another.

What begins as a celebration of another culture can quickly transform into appropriation because it’s done for the wrong reasons or because we don’t take the lead from the right people.

We live in a beautiful and diverse world. We should celebrate and enjoy the many different and contrasting cultures. They help give texture and creativity and diversity to our world. But as we appreciate other cultures, let’s be sure we’re doing it with the right intentions—to learn, to gain understanding, and to ultimately show honor and value.