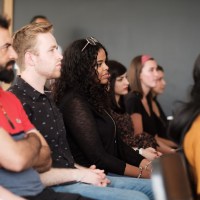 “Where you land on a lot of issues depends on where you start the story.”
– Jeremy Courtney

Some of our most polarizing debates and disagreements don’t revolve around a competing set of facts or conflicting narratives. Sometimes, it’s a matter of where we begin our story.

Which means sometimes, the first step toward peace is learning to understand where the other “side” begins.

How we feel about US troops in Syria and the plight of the Kurds, for example, depends on where we start that particular story.

We could start in 2012, when former President Obama drew his “red line” over Syria and failed to act. Or in 2015, when US troops set foot on Syrian soil to support Kurdish forces spilling their blood against ISIS.

We could also start with our present (and justified) exhaustion with so-called “forever wars” in Syria, Iraq, Afghanistan. Or we could start a hundred years back, in the aftermath of WWI, when the Kurds were promised their own country—a promise never delivered.

Where we land—and how we view our responsibility toward our Kurdish friends—may well depend on where we begin. 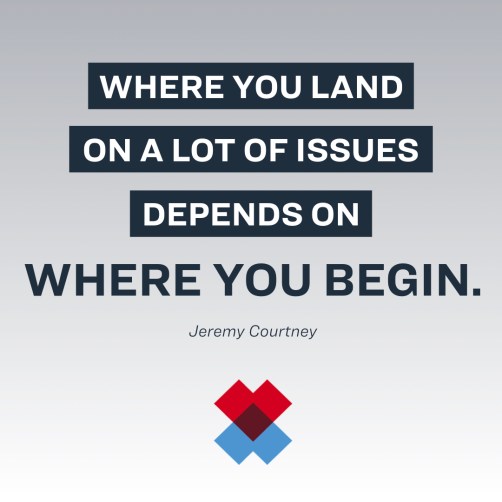 How we feel about asylum seekers depends in part on where we start that story.

We could start at the border, with the legitimate need for laws and vetting and security to manage who comes into this country, and why and how.

Where we land—and how we view our responsibility to our asylum-seeking friends—may well depend in part on where we begin.

How we feel about racism and its legacy depends on where we start the story.

But we could also start with what came after slavery—other forms of institutionalized racism like Jim Crow laws, poll taxes, redlining, and disparities in criminal justice that persist to this day. Or we could go all the way back to 1619, when the first slaves were kidnapped and carried to North America—the next 250 years of American wealth and power was built, in no small part, on their backs. Is that story really finished?

The question is, do we have space in our heads and hearts for someone else’s beginning?

What do we do when our beginnings conflict? If we’re the ones with the less expansive story, can we make room for those with a more expansive one? For a story that began before ours, and perhaps shaped the story we live?

If we’re one of the more powerful voices in the room, can we sit in silence long enough to hear the marginalized in our midst, telling their story, sharing their beginning?

Where you land depends on where you begin.

We may not always land in the same place. But we might start to wage peace by learning to see someone else’s starting point.